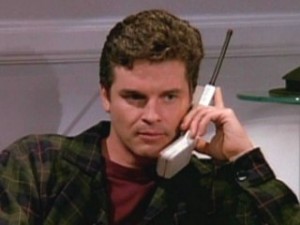 For the last three years I’ve been the Critical Friend for bait, the Creative People & Places project for South East Northumberland. Although all the CPP projects have a Critical Friend, the exact role has varied depending on the context, needs and skills of the teams and their Friends. With bait, my role has been a combination of coach, facilitator, challenger, mirror, and bringer of other perspectives and frameworks. I’ve worked with the team and with the Consortium Board, mainly around identifying and understanding what is happening as a result of the work, and what the implications for action might be. Along the way, I’ve passed on various techniques and frameworks for everyday use, which is another key aspect of the Critical Friend role, and we’ve developed bespoke frameworks together, such as bait’s Quality Guidelines.

The role differs slightly from that of, say, a coaching or mentoring situation, as it is much more engaged with the mission of the team. (Coaching and mentoring being generally more personally-focussed, but often more detached, especially in coaching.) This came up in an interview Rachel Adam, the Project Director and I recently did with Eleanor Turney, which you can read on the CPP web site. You have to have a lot of distance and a lot of connection simultaneously, and help the team, including yourself, work in an atmosphere of ‘high support, high challenge’.

The classic definition of the role in education, where it is most used, suggests ‘a critical friend can be defined as a trusted person who asks provocative questions, provides data to be examined through another lens, and offers critiques of a person’s work as a friend. A critical friend takes the time to fully understand the context of the work presented and the outcomes that the person or group is working toward. The friend is an advocate for the success of that work.’ (Costa and Kallick, 1993)

I was interested to see some references to Janus when checking definitions. As a typical Libran who doesn’t believe in astrology, and whose scores on most psychometrics have increasingly converged on the middle range in all areas, this perhaps explains why it’s a role I’m confortable with, and have enjoyed. (Last time I did a Myers-Briggs test I was almost equal everything: I’m either becoming a very balanced human being or gradually losing any personality I ever had.)

You can see in the interview what the relationship has brought to bait and to Rachel as the Project Director. As she says: ‘”I will want there to be a critical friend written into any other complex projects I undertake. It’s absolutely worth its weight in gold.” I do feel it’s a role that would be useful for other major projects or for NPOs moving through major changes, challenges or developments (ie most of them).

Like the other CPP Critical Friends, my work with bait has been around 12 days a year, but I am sure the role could be meaningful with less time than that, given clarity and good planning. Although board members can, in theory, provide some of the functions of the Critical Friend, often they don’t, and often boards also benefit from having someone to help them operate well together in that ‘high support, high challenge’ zone that often leads to the best work, and to breakthroughs in thinking. This kind of facilitative support is often brought in on ‘special occasions’ – high days, away days and crises – and can of course be invaluable in those circumstances. But the ongoing, long-term nature of the Critical Friend role changes dynamics in a helpful way, embedding reflective practices that help teams think through messy or complex issues, what they do, what it makes happen and what they need to consider or do next, and who they might need to involve.

You can read the conversation between Rachel, Eleanor and myself here.