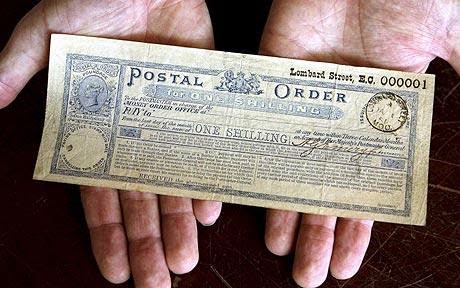 I was asked by a-n to write a post-match summary of the NPO announcements last week. Here’s what I said. I did spend most of my time looking at visual arts, given the platform, but think the analysis applies across art forms. (Thought I would add that the Literature portfolio has some particularly disjointed thinking in it, again.) It looks nicer on a-n’s snazzy new website, which you should visit.

Arts Council England’s new National Portfolio has many of the same strengths and weaknesses as the first portfolio created by open application in 2011. It is a portfolio made in the context of declining income from government funds, aimed at stability for the arts rather than major system-wide change. To keep the NPO budget almost level, ACE is using £70million of lottery funding. Whilst this might be said to erode the additionality principle, even with the argument made that lottery is supporting those working with young people and touring, it does seem to me a broadly sensible thing to do. (And certainly the clear steer from DCMS seems to have been ‘money is money, and we’ve sorted the lottery so the arts get more than under Labour, so just get on with it.’)
In shaping a relatively stable group of 670 organisations, ACE has responded to the highly pressurized situations organisations find themselves in, particularly as a result of reductions in local authority funding in many places. It could be argued that this is staving off future changes as local authority investment disappears in the future, which many predict. But a year out from a hard-to-call general election the strategy is clearly to support the infrastructure more or less as is, with some tweaks. 75% of incumbents received standstill, but it must be remembered this equates to real terms cuts in future years, essentially building in year-on-year ‘efficiencies’, savings and reductions in activity.
Adaptive resilience
That said, there are some changes, and some are as debatable as always, some highly so. It is good news to see that artist-led organisations like Castlefield Gallery, who lost regular funding in 2011, have been brought back into the fold, as well as some new organisations. This is positive for them, but also good in illustrating that the portfolio will respond to performance. There are others I am aware of who did not manage to get back in, or to get in for the first time, despite achieving much in the last three years. To say it was ever thus is not to diminish the lost opportunities.
What this suggests for the long-term is not so much a failing of Arts Council nerve, but a firming up of the purpose of the National Portfolio within ACE’s investment mechanisms. Perhaps it’s not reasonable to expect ACE to give infrastructure funding to things that by their very nature are not (yet) part of that semi-permanent infrastructure? (I am one of those who do actually think we benefit from that kind of infrastructure, in terms of long-term thinking, community use and artistic development.) In talking about adaptive resilience I increasingly ask people to what extent they see themselves as the disturbance in the system, rather than part of the stability. There are, I think, artist-led organisations of both sorts, not all of whom sit equally comfortably with NPO funding. The balance therefore needs further debate next time round, in new political circumstances.
This leads me to return to the narrowness of the range of investment mechanisms ACE uses. For all the different ‘strategic fund’ pots, and an increase in Grants for the arts, ACE has still declined to devise significant loan schemes to encourage new ways of working, or ways of investing in artist-led activity which do not lead to grant-dependence becoming a sign of success. A large new NPO in dance, New Adventures, was at one point seen as heralding new, less dependent arts business models. That it now it requires £1.3million from the NPO pot is, apparently, good news. The same point, on a smaller scale, could be made about some in the visual arts.
The continued paucity of organisations that are artist-led or -focused, or which are BME or disabled-led or focused remains problematic. There are signs that Grants for the arts can support the development of organisations like Castlefield or Side who have in some ways, and with no doubt massive personal effort from staff and boards, done great work in the last three years. Sometimes ‘disturbance’ organisations evolve into being relied on by others, and ACE need to develop clearer pathways to regular funding for this kind of organisation.
Failure to re-balance
As an aside, it appears that there is more churn in London than elsewhere, where numbers remained fairly static but with a deal of change in levels. This perhaps suggests that outside the capital there has been a stability-driven consolidation of funding into fewer organisations, reasonable, but at the cost of some diversity. The North now has 10% fewer NPOs, and just 2% more of the total funding.  Repeating the pattern of 2011, rural areas seem to be hit harder than the core cities.
There is no significant ‘rebalancing’ of the portfolio either geographically, in terms of diversity or by artform. The cut to ENO (more than compensated by the lesser-spotted ‘transitional award’) appears largely distributed to opera elsewhere, rather than to visual arts or other art forms. The geographical redistribution is modest at best given the supposed priority given to this issue by Peter Bazelgette – it is no different in percentage terms from the first NPO round, under Liz Forgan. Much of the change to the London/Regions split, it seems, can in fact be attributed to a small number of uplifts such as Opera North.
Shifts appear to be within the large scale, then, rather than towards a greater diversity of organisations of different types and scales. It is difficult to mine the stats, as comparisons are not easy using the information provided, but it is hard to see that small to medium sized organisation have benefitted much from the 2% reduction in London’s share. The debates continue, but at this rate the judgement in two years that ‘Baz’ invited in response to ‘Reblancing Our Cultural Capital’ look rather obvious already. Progress by more than small increments is needed at some point. The question now seems to be when.