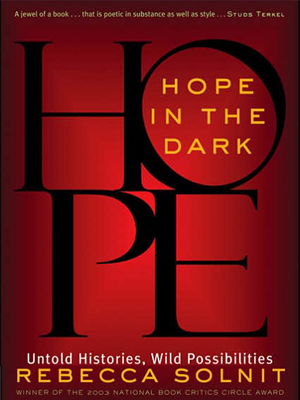 Well, a lot has happened since I last wrote a blog, much of it enough to make me put my head in my hands before getting back in gear. I don’t have time right now to start on causes and implications of Brexit; the new headmistress, I mean Prime Minister; the adult-ed teachers room squabble to be head of department in the Labour Party; or multiple murderous madnesses around the globe. Besides, something else may have happened whilst I was writing this paragraph. I may return to this in time – one of my conclusions is rushing to immediate opinion isn’t conducive to very much at all.

I’ve been trying to bring my personal vital signs back to functional by working hard, relishing the small pleasures of life and turning off social media more often. Let the Horizon of Stupid stay where it is for a while. (Yes, I know this is what The Man wants.) Amongst other things, I attended the Arts Marketing Association’s conference in Edinburgh last week, giving two seminars on the uses and limitations of the Business Model Canvas. I want here to point to a few resources and things I mentioned in the seminars.

The case studies I wrote for the AMA that the seminars were based on can all be found here, on CultureHive, as can the overview papers. One of the adaptations I usually make the Canvas when using with people is adding a Mission box, and ensuring we discuss Values in relation to the model as a whole and Customer Relationships particularly. I was interested to see, then, that one of the people who created the Business Model Canvas, Alexander Osterwalder has recently worked with Steve Blank to make a version for Mission-driven non-profits. This replaces Customers with Beneficiaries, Customer Relationships with Buy-in & Support and, Channels with Deployment and Revenue Streams with Mission Achievement/Impact Factors.

Whist this helps build these ideas in, I do think the advantages are limited. For many there is a useful rigour to thinking about beneficiaries as customers alongside those people who pay for things either directly or on behalf of beneficiaries. (Eg Arts on Prescription models need to provide value both to those referred to them and the commissioning bodies providing the funding.) Losing the clarity/discipline of Revenue Streams also seems to weaken the Canvas. The mission needs to sit separately from the balancing of costs and revenue income.

It is though an interesting new version. I listened in on a webinar between Osterwalder and Blank recently that you can replay here. It explains why income may not have been front of mind in developing it, as it was trialled with various parts of the US government.

Linking to the Post-Referendum Blues, I want to end with a couple of quotes from Rebecca Solnit’s brilliant book Hope in the Dark, which I mentioned in Edinburgh I’d reread to shake myself up. (I used a line of Solnit’s about emergency containing the word emerge.) I think the quotes speak for themselves – they will certainly have to right now. Both may have relevance to those grappling with the times and with their business models and other designs for life. They certainly did for me – I can’t recommend the book highly enough, or indeed any of Solnit’s other books. (The Faraway Nearby being my favourite.) It’s about to be reissued by Canongate, and there was an essay based on it in the Guardian last weekend.

Quote 1:
‘But the despair was something else. Sometime before the election [George Bush’s relection in 2004] was over, I vowed to keep away from what I thought of as ‘The Conversation”, the tailspin of mutual wailing of how bad everything was, a recitation of the evidence against us – one exciting opportunity the left offers if of being your own persecutor – that just buried any hope and imagination down into a dank little foxhole of curled-up despair. Now I watch people having it, wondering what it is we get from it. The certainty of despair – is even that kind of certainty so worth pursuing? …. Hope is the story of uncertainty, of coming to terms with the risk involved in not knowing what comes next, which is more demanding than despair, and, in a way, more frightening. And immeasurably more rewarding.’

Quote 2:
‘Moths and other nocturnal insects navigate by the moon and starts. Those heavenly bodies are useful for them to find their way, even though they never get far from the surface of the earth. But light bulbs and candles send them astray, they fly into the heat or the flame and die. For these creatures, to arrive is a calamity. When activists mistake heaven for some goal at which they must arrive, rather than an idea to navigate earth by, they burn themselves out, or they set up a totalitarian utopia in which others are burned out in the flames. Don’t mistake a light bulb for the moon, and don’t believe that the moon us useless unless we land on it. … The moon is profound except when we land on it.’