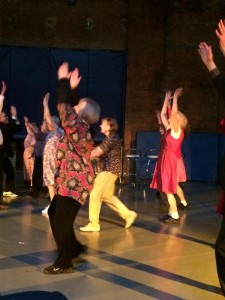 NESTA, ACE, Esmee Fairbairn and others, including Bank of America Merrill Lynch have this week launched the Arts Impact Fund. This is a loan scheme to support arts organisations deliver social benefit. Grants of between £150,000 and £600,000 are available, and could be used for buildings, programmes, equipment or other things so long as it develops an income stream that can support paying back of the loan, This is a model which has proved successful and useful in other parts of the voluntary sector. As described at the launch by Caroline Mason from Esmee Fairbairn Foundation, which already uses loans in some circumstances, some arts organisations have also already good use of loans. Some are also using ‘prudential borrowing’ from local authorities, usually around capital projects. (Ironically, sometimes the very local authorities that are compelled by national government cuts to reduce their revenue grants, but that’s a larger conversation.)

Although this fund will not replace revenue funding, it may be a useful new tool with which some organisations can develop new income streams – thus helping their ‘resilience’ whilst enabling great art and social good, as the logic of the programme runs. Loans are not a financial mechanism the cultural sector is very comfortable with, and I can imagine some risk-averse boards being very cautious about this, but it may be time to consider it seriously. Grants are a fine tool, but not the only potential financial investment mechanism. (A point made over several years by people including Mission Models Money in Capital Matters.) As a few people suggested at the launch, a positive contribution to resilience – and the ability to adapt – is perhaps most likely to come from a combination of organisational development (to become ‘investment ready’ as the horrible jargon puts it), grant and loan. But time will tell.

The details of the fund can be found here. The photo above is from the launch event on Tuesday, of the inspiring Company of Elders from Sadlers Wells.