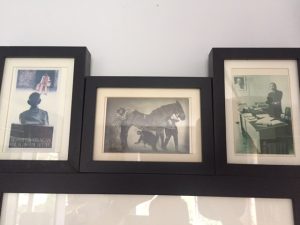 I decided against linking to any of the coverage of last week’s election. There’s some good stuff out there, and I’d dearly love an excuse to use the picture of my former MP losing his seat, but who knows what messy business may have transpired between me pressing ‘publish’ and you reading this? Anyway, you may spot a theme…

1. MUSEUM OF FAILURE: THE EXHIBITION EXPLORING BRANDS’ BIGGEST “F*CK UPS”
This Swedish Museum of Failure sounds to me like it’s doomed – in which case it will have to collect itself and carry on…

2. MAAZA MENGISTE ON DEFEATING THE SOPHOMORE SLUMP
I really like this: ‘If I’m going to fail I want that failure to be spectacular. I want it to be big. I don’t to inch my way into it. I just want to push as far as I can and see what happens. If I fail I want to fail ambitiously, and not in some tepid way where I second-guessed myself to death.’ I like it more than common or garden failure-fetish because it flows from a description of the writing process I really recognise, and an arrival at the clear focus on what you want to say.

3. THE ROLE OF FAILURE IN SUCCESS
I’ve never tried to become an American footballer like Moses Sangobiyi, who describes his experience here, though I have tried to be other things. (Actually, I think it may be more accurate to say I’ve tried to do other things.) Some days I can kid myself I’ve succeeded, others days that I’ve failed. I’m not sure the times I didn’t make the cut have exactly taught me to be more creative or well-rounded, as Moses puts it, but the article suggests he’s a lot bigger than me so I’m not telling him.

5. ARCHIVE CHOICE: THE F WORD
This is an essay as part of the evaluation/dissemination work done for NESTA/ACE’s Digital R&D Fund. I explore the uses and limitations of Failure as cultural methodology. Referencing the photos shown above, now with added Marxists, I end with this paragraph, which feels apposite this week:

‘My Tom Phillips/Samuel Beckett postcard is next to one of Martin Luther King. King was less interested in the F word and more interested in the C word: Change. Can we be as serious as that about what we do, no matter how playfully we do it? The successful use of failure rests in the change we make from it, despite the truth of Beckett’s other words: “Ever tried. Ever failed.” That means taking failure seriously, not shrugging it off, counting the cost of the learning as well as what’s gained from it. Not learning, not paying heed, would really be failure.’