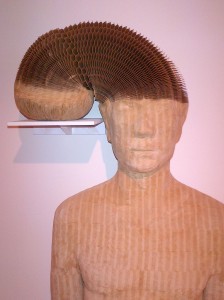 This is a new, potentially regular if I can make it so, feature where I’ll point at some interesting and provoking things to read and think about. If time and inclination align with a feeling I’ve got something useful and/or interesting to say about them, I will. It’ll be recent material, with one archive choice, often from the Thinking Practice/Arts Counselling blogs over the last 9 years.

1. THE BLAUWDRUK STATEMENT BY AGNES QUACKELS
An interesting meditation on power relations between people running or working within institutions and people working as artists, and the need to reinvent institutions and how they work in order to end the ongoing abuse of artists’ precarity: ‘My call to the institutions today, my call to us all – because we are the institutions: institutions do not act, people act, and we are the people. My call is to pay constant attention to How we are doing what we are doing, and to get this finally aligned with the values we publicly stand for.’

2. ALL CHANGE: WHY BRITAIN IS SO PRONE TO POLICY REINVENTION, AND WHAT CAN BE DONE ABOUT IT
One of the phrases that caught my eye in Agnes Quackels address was her summing the needs of artists as Time Space Money. This was the first name of a major attempted intervention I led during my time at Arts Council England, later known as Artists Insights. It led to around pensions, professional standards, and artists studios amongst other things. Some things that resulted have been and gone and come back again in the decade since, and it is probably remembered by about 8 people who work at Arts Council now, although the challenges folk are working on remain very similar.

This report, from the Institute of Government, is not about cultural policy but government policy in general, using FE, regional governance and industrial strategy as examples of how policy reinvents itself in a generally wasteful and ineffective manner. Like cultural policy has, and does, I would say. It does though have some relevant recommendations for improvements in four key areas: strengthening institutional memory, greater strategic direction from the centre, making organisational change harder, and strengthening policy development.

Recommendations such as ‘all policymakers should be able to access a repository of work already undertaken in their policy area, in order to inform their own recommendations’, ‘Policy announcements should be accompanied by the evidence base that underpins them’ and ‘departments should be required to acknowledge previous policy and organisational approaches in all new policy proposals – including White and Green Papers – explaining what lessons they have learned from previous reforms’ should all be taken on board by cultural policy makers of all sorts.

3. CO-CREATION AND COLLECTIVE ACTION, THEN AND NOW
I guess those previous reforms might not go all the way back to 1974 very often, but sometimes it can be revealing to look back. Francois Mattarasso’s blog A Restless Art is a regular marvel, which I’m sure you all read, but a recent blog relates to the current interest in co-creation in the context of the history of community arts and the first Arts Council report on it. This contained, so people including Owen Kelly argued, the seeds of the original movement’s own downfall in that it gave it status and funding but ignored the collective politics at the heart of much community arts practice. (Not for nothing does Francois illustrate the blog with a still from an Amber Collective film.) I’d agree with Francois it’s not so simple as that.

4. IF NOT HERE, WHERE? – THE MUSEUM AS HOST IN A POLARISED WORLD
In this blog Tony Butler discusses ideas from a recent Happy Museums event looking at the EU Referendum and motivations for voting either way. Tony argues that ‘Museums can be activist organisations and (to paraphrase Berthold Brecht) be both a mirror to society, and a hammer with which to shape it.’ That, and the work of Happy Museums feels to me like a statement of Hope rather than Optimism – ie it is how the world should be, rather than how one expects it to be or become right now – but is no less powerful for that.

5 THE USEFUL MUSEUM
To be effective hosts for the kinds of dialogue Tony Butler (and I) want, museums, and maybe all of us, may, as Esme Ward wrote recently about mima’s efforts to become The Useful Museum, need to display considerably more boldness. Only by doing so throughout everything, including the ‘core’ will that dialogue to be apparent to visitors in the galleries as well as the conversations

FIRST EDITION BONUS ARCHIVE CHOICE: RE. ARTS: THOUGHTS FROM SARTRE – CHOICE, COLLECTIVITY, COLLABORATION AND CONTINGENCY
This 2011 blog of mine has two of my favourite quotes on hope in it, as well as a few other thoughts inspired by a book in interviews with Sartre. If I quoted them here it would stop the two of you likely to click on the link from doing so, so here’s a different quote I hold onto: ‘‘There is no I without the we.’