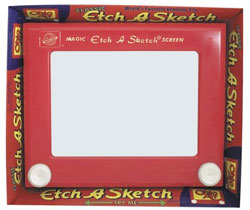 The report is unusual because it takes a long, historical, view of a crucial area of arts policy – from 1944 to today, through Jennie Lee’s first arts policy, 50 years ago next month, to Bridges and the National Plan for Cultural Education. It is interesting because it makes use of the Arts Council archive, and the stories and insights of some individuals involved in the evolution of arts education, to describe how integrated arts education has been in national policy for several decades and why this is important for both young people and the arts.

And it’s potentially important because its recommendations are both sensible and have a broader application. The general recommendations to the policy makers – DfE, DCMS, ACE – and by implication I think the sector, are to pay attention to learning from what’s gone before in designing what comes next, keep records and archives so we can do that, and to design evaluation frameworks before intervening so we can judge success. (Oh, and work more with HE, surprisingly enough.) The recommendations to do with arts education specifically, based on the reading of history, are to place more emphasis on early years, look internationally and think about arts participation outside of school more.

What is apparent in the specific example of arts education policy is a general tendency for organisational memory to leach away, and for learning from the past to be neglected either willfully, through happenstance or because of speed, or for it to be simply too difficult to access. From Ministers to CEOs to new officers, no one wants to be seen to say, ‘actually what happened before just needs tweaking’ or ‘We got this idea from something done 15 years ago’ or ‘we’ll just go on the existing research, thanks’. (I don’t want to suggest there are not of course occasions when that would be shortsighted, or when what needs to happen is a more fundamental demolition and rebuild. But even that should be informed by history.)

This leads to what I’ve been known to describe as the Etchasketch approach to arts policy. Such an approach has sadly been prevalent in arts education in England in recent years, in the way Creative Partnerships has pretty much been written out of ACE thinking and history since CCE’s funding was cut. To misquote Basil Fawlty, I mentioned Creative Partnerships to someone from ACE once but I think I got away with it… More seriously, I understand there is no meaningful organisational relationship between ACE and CCE – I certainly don’t see sign of any. CCE is in demand internationally and elsewhere in the UK for its insight and expertise but not in England, which is, to put it mildly, a bit odd.

This has contributed to some of the difficulties ACE has had in defining roles for the Bridge organisations, to some Bridges’ own difficulties in defining success, especially early on, and to paying too little attention to the wealth of research and insight CP generated, not to mention the local partnerships. (I’m not suggesting CP was a perfect scheme, far from it, but there is a lot to be learned from the less successful elements.) This is not a pattern restricted to ACE of course, local authorities and other national policy makers suffer the same pattern, as do organisations. But the higher turnover of staff within the arts funding system has tended to make it more of an issue. (Whilst also being an opportunity for fresh thinking – damn paradox.)

The report is very clearly and engagingly written – and also has some fascinating pictures of archive documents if, like me, you like that kind of thing. (Xmas Gift Book idea for publishers: Extracts from the Arts Council Archives.) It misses something important by being restricted to national policy level, I think, as much of the important drivers for change came from local and regional levels. The work of Regional Arts Associations and then Boards, of local authority arts officers, and of advisors within LEAs working in partnerships with them, contributed to as well as benefitted from the national policy changes beginning in the 1980s. It would have been beneficial to have at least some of that in here. (They could have invited my old friend Shirley Campbell to tell the story of how she and Northern Arts worked with local authorities in the North one CEO and chief education officer at a time to spread arts education agencies, for example.) I’m not sure you can fully understand arts education policy without looking at local authority policy and infrastructures.

The other missing piece of the jigsaw is the debate around arts and young people within the arts. There is reference to tension within Arts Council on this, which certainly remained during my time in the organisation at both national and regional level, especially at investment time. But the report suggests a need to look more at the tensions within arts organisations and arts practice. This might also look at the extent to which policy was informed by actual young people and their voices.

That said, this is a timely and important report. I will be taking some of its questions about institutional and sectoral memory into my chairing of the final meeting of the Bridge North East advisory group meeting next month. It’s the final meeting as the group which has supported the team at Sage Gateshead to develop Bridge North East will be handing the baton onto colleagues at Tyne & Wear Museums & Archives who will – with Sage Gateshead and other partners – be delivering Bridge in the North East. ACE, though, have been very clear in discussions that the Bridge roles in future are different from the last 3 years, so maybe keep that baton metaphor under your hat…