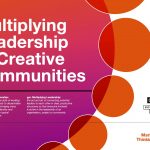 Multiplying Leadership in Creative Communities, a report for the Creative People and Places network. 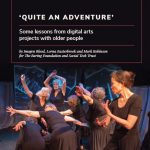 ‘Quite an adventure’: some lessons from digital arts projects with older people co-written with Imogen Blood, and Lorna Easterbrook for Baring Foundation/Social Tech Trust 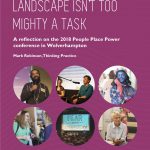 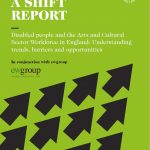 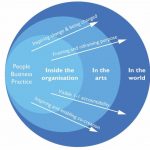 Inside, Outside, Beyond: Artistic Leadership for Contradictory Times 2017: a provocation paper commissioned by Bluecoat, Liverpool. 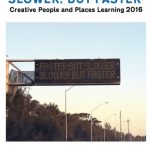 Faster but Slower/Slower but Faster: Creative People and Places Learning 2016 Faster but Slower, Slower but Faster draws on research from the national and local evaluations; blogs; resources; and insights from the national peer learning programme to tell the story of CPP’s learning so far. It explores what we have learned about the process of working in this way, the insightswe’ve gained and the change that is taking place 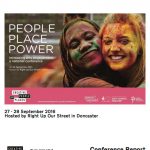 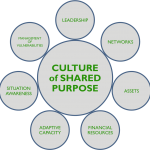 The Role of Diversity in Building Adaptive Resilience – co-written with Tony Nwachukwu 2011 – focuses on the importance of diversity in building resilience, with 8 case studies. 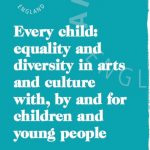 Every child: equality and diversity in arts and culture with, by and for children and young people
Co-written as part of team for EW Group, commissioned by Arts Council England to consider their Goal 5 work and the protected characteristics. 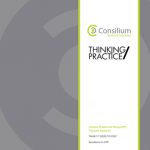 ‘What It Does To You’: Excellence in CPP: commissioned by Creative People & Places, co-written with Consillium Research, 2016 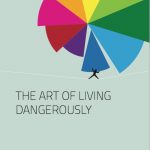 The Art of Living Dangerously (co-written with Shelegah Wright, Natalie Querol and Sarah Colston, for MMM/Exchange/nef) 2014 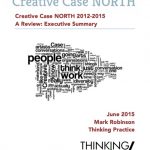 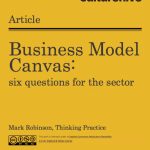 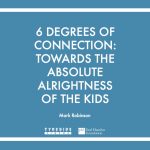 Six Degrees of Connection: Towards the Absolute Alrightness of the Kids a publication arising from Tyneside Cinema’s The Kids Are Alright conference on young people and specialised cinema. It includes a poem written and performed at the conference and recommendations based on the Young Tyneside programme. 2014 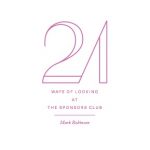 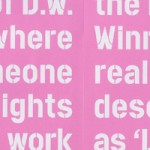 Where Do I Go From Here: essay on Geoff Broadway installation, 2001 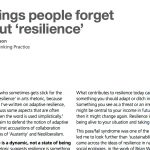 The F Word: essay on failure Commissioned by Native, the magazine from the Digital R&D Fund for the Arts, a NESTA/ACE partnership.
Rollercoasters, cycles and other models of adaptive resilience – for Arts Queensland, Australia
The business case for diversity, Arts Professional, December 2011
Angels on a pinhead Arts Professional, May 2010

Much of Mark’s writing over the last few years has been on the Thinking Practice and Arts Counselling blogs. 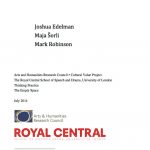 The value of theatre and dance for Tyneside’s audiences: joint authored by Joshua Edelman, Maja Šorli and Mark Robinson (Supported by the Arts and Humanities Research Council Cultural Value Project, delivered by The Royal Central School of Speech and Drama, University of London Thinking Practice and The Empty Space)

‘‘True North’: reinvention of the provinces in the poems of Simon Armitage and the Northern School’ inA World of Local Voices (Universitat des Saarlandes, 2003) 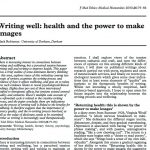 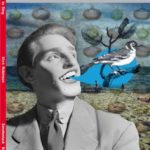 How I Learned to Sing (Smokestack Books, 2013) New & Selected Poems 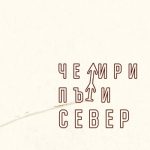 ‘Running Good Writing Groups (with Rebecca ORourke) (National Association of Writers Groups, 2003) – a handbook originally published by University of Leeds in 1996 and then updated in 2003.

Words out Loud: 10 essays on the poetry reading (Editor, Stride 2002) – one of the first studies of its types of the social and cultural practice of poetry readings