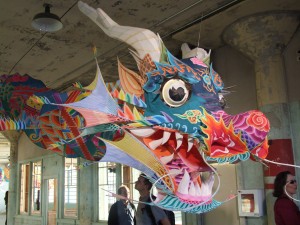 The last 10 days has seen a plethora of noteworthy reports and policy announcements (ie > 1). Just as I prepared to sit down to blog about one, along would come another. I want to discuss two here with some reference to two others, as they all connect.

First up was a ‘closing statement’ from GPS Culture – the troika of Christopher Gordon, David Powell and Peter Stark. A New Destination for the Arts. Between a RoCC and a Hard Place restates, in brief, the arguments from their earlier papers about the geographical distribution of culture funding, especially lottery funds, the need to make London authorities pay their fair share, the case for relooking at ACE’s use of lottery funds to put additionality back in its rightful place, and the need for radical change in how ACE deliver its Royal Charter.

GPS have done what very few achieve – they have changed the conversation and introduced a new shorthand into policy conversations: ‘rebalancing’. Sometimes this is said passionately, sometimes disparagingly, sometimes anxiously. But the Select Committee report backs the thrust of the case, and no matter what government we have in the summer, the winds of change are blowing. The imperative to make a start – ‘just do it’ – is put well and forcefully.

GPS remain intent on being tough on ACE, tough on the causes of ACE as they see it – prime amongst those being a combination of weak government arts policy and vested interests. GPS also remain disappointed in the timidity of the sector: ‘they appeared to have lost their independence and their voices… unprecedented levels of uncertainty – even fear – [in] the client/funder relationship. What was said in private was often at odds with public utterance – where there was any.’ This is interestingly, and paradoxically, contrary to many comments when Alan Davey left ACE left year, which suggested relationships were much improved from the supposed nadir of the RFO hoohah of 2008. That something is a paradox does not mean it’s untrue, mind.

Next to get people hurrahing or tutting on social media was the report of the Warwick Commission on the Future of Cultural Value, Enriching Britain: Culture, Creativity and Growth. I could spend a while deconstructing just that title and what it suggests about the intended audience and the worldview of the commission, but I want to respond to some more specifics about its recommended ‘goals’.

It’s clear this will be an important report, so the full ramifications may only emerge over time, as different bodies and people pick it up, or not.

The report suggests 5 goals. I’ll put these into my own summary.

1. Invest in the whole ecosystem of creative and cultural industries.
‘The ecosystem’ is a defining theme of the Commission’s conclusions. Some sections could be subtitled ‘it’s the ecosystem, stupid!’ This ecosystem is both acknowledged as a metaphor and talked about in very concrete terms. (The metaphor does get a bit mangled and mixed at times – the ecosystem is a supercharger of creative talent and ideas apparently…) This leads to recommendations for plans, investment plans and investment mechanisms for the whole ecosystem – from arts to creative industries.

I have two main issues with this section. Firstly there is an underlying argument for ‘one plan, one voice’ that I find problematic given the diversity of values and ways of being/seeing in the sector, and at odds with the dynamic system implied by ecosystem thinking. Put simply, tension seems to be required in a cultural ecosystem as well as accord. This impulse also leads to slightly odd suggestions such as merging two independent sector skills councils that deal with very different cultures and, no pun intended, skill sets. ‘A joined-up approach to culture, heritage and creativity across BIS, DCMS, DfE, DCLG and the Department for Environment, Food and Rural Affairs (DEFRA)’ maybe shouldn’t be too much to ask, but it sounds it right now.

Secondly, although there clearly are pathways between the commercial creative industries and the subsidized arts, and the non-subsidised and voluntary arts, there is an over emphasis on (undefined) commercial skills. This may be symptomatic of a somewhat ‘conclusions from the top table’ feeling I get. (Might be my problem, of course.) What I couldn’t see, nor is it clear in the RSA draft contract I mention below, much sense of the responsibilities owed by commercial (profit making) creative industries to other parts of the ecosystem.

They could currently be portrayed as a) benefitting from public investment in talent and ideas without much return to the places and organisations that happens (how many film companies put money into new writing or publishing, for instance?) and b) benefitting from the work and sweat equity of artists and unsubsidized arts organisations, again without investing in that flow. Oh and c) being probably the worst offenders in creating an exploitative internship/low-pay-high-hours culture.

2. Diversify to enrich the ecosystem.
The report rightly puts a big emphasis on the growing inequality within the sector, within both the workforce and audiences for publicly funded work. This is an issue with roots long predating our current small state government, but it is becoming ever more serious, and will have ramifications long into the future if not addressed. There are, however, at least two strands to the root causes where I think the Commission could have gone further.

One, which the report addresses to some extent, is the choices the cultural sector itself makes. (To recruit in its own image, to not diversify its leadership, to demand ever higher/more specific entry qualifications etc.) The other is arguably more important and not tackled here, and relates to non-arts policies that encourage exclusion. This includes changes to education and – crucially – welfare systems. Changes to the Independent Living Fund, Disabled Living Allowance and Access to Work schemes for disabled people, for instance, are not cultural policy but have excluded many people from the cultural workforce. One could say the same about the punitive regimes for jobseekers, especially young ones.

3. Education, education, education.
One of the strongest arguments within the report is about the growing evidence of the decline in arts education, especially in schools. It is not surprising when you read the statistics quoted that the Bridge organisations and their progenitor ACE, have struggled to make impact in schools as a whole. (Stats such as 11% fewer arts teachers and 8% fewer drama teachers since 2010, and Drama and Performing Arts down by 23% in schools where a subject has been withdrawn.) Add to that the academisation and disintegration of local education (given little prominence here) and it is a dispiriting picture, but a necessary one to begin to tackle. The report has already given Ed Miliband ammunition for his policy ideas, as set out this week, with clear reference back to the report. The RSA contract also asks NPOs, NPMs et al to ‘combine forces to offer high-quality, relevant and affordable arts and cultural experiences to schools.’ The slight downside of this approach is that there are simply too many schools and too few cultural organisations of that type – far greater reach could be achieved, but the definitions of and doors on the cultural offer to young people need to be much wider than NPOs and NPMs.

4. Digital – let’s make a new portal! Digital is important.
It’s disrupting everything from music to taxis. We know this. But the idea of a Digital Public Space – DiPS for short – is a clunker to my mind, I’m afraid. It whiffs of ‘we’re different and special in culture’, runs counter to much else here that is suggesting a more commercial approach and wouldn’t so much create a commons as a reservation. It appears to learn little from the writers and musicians exploiting the existing platforms for creativity and, yes, commerce. In short, it feels a little like a recommendation to move to Wales to live on a commune because the local High Street gets a Starbucks. (No offence to commune dwellers in Wales, some of my best friends etc etc…)

Better, I would suggest to find ways to manage IP and share content on whatever platforms might create a commons and enable earning. (I’ve been thinking about this a lot recently, more soon.) The RSA ‘draft contract’ picks up on this recommendation, using 4 words that make my blood run cold: ‘new digital cultural offer’. 1000s, maybe, said sceptically. One? Nein danke.

5. Make the local matter by joining up and planning together.
This section feels a little dutiful and wishy washy, once we move beyond the perfectly sensible recommendations on the role of culture in place making. The comments about regional equity read as if someone said, ‘’O lord, we have to say something about Rebalancing, I suppose?’ It recommends ‘a portfolio approach rather than allowing a narrow focus on postcodes’, which sounds to me like diplomat speak for status quo plus. And it slips into a really dangerous position, I think, with a fudgy recommendation for ‘an agreed methodology … for the measurement of the value of public spending per audience member, which is assessed on excellence, equity and regional distribution and allows for the different costs  of various art forms.’  Analysing funding per audience member does not sit easily with a portfolio approach, and could be distorting if not disastrous.

I am being deliberately picky here. There is much to commend and it seems likely to prove a significant and influential document that combines a clarity of case and a depth of evidence with a broadly sensible strategy. This is no small achievement. Ed Miliband’s references to it suggest it is already being seen as this. The ecosystem is something that has long required further exploration and this will lead to more. Connecting the supply side ecosystem (mixed metaphor alert!) to the audience issues may also prove helpful in future.

There are some interesting paragraphs here on film and music as artforms where participation does not suffer from the exclusion that other artforms do. In keeping with cultural policy in general, and certainly recent ACE policy, it seems to undervalue the huge popularity of reading, despite the importance of books and writers to the film industry, say. This is perhaps symptomatic of the continuing difficulty of describing that ecosystem.

A third document – well, one side of A4 –published this week that follows up explicitly on the Warwick report is the RSA ‘draft contract’, as mentioned earlier. This is up for debate and proper launch soon, so more then –this blog is getting LONG, I know – but do check it out. You can read Matthew Taylor’s blog on it here.

And finally, Ed Miliband’s speech on the arts, promising to put them at the heart of a future Labour government, although with few specifics yet, beyond reintroducing the cultural entitlement for young people the last Labour government was working on. I want to see it there alongside social justice, myself, but it’s a significant speech. (Joined up arts funding and policy will be little consolation if the barbarism of sanctioning, enforced homelessness and punishment of those that need help continue, for instance.) The proof will be in the pudding of course.

So, happy reading, may all tutting fade, and a luta continua…