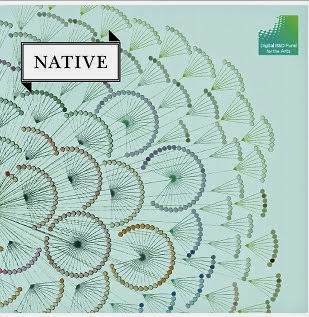 Thinking Practice work in most if not all its usual variety has continued in recent months, alongside the major commitment/opportunity of being Interim Director at mima, Middlesbrough Institute of Modern Art. This has ranged from some great facilitation and coaching gigs, talking adaptive resilience in a museums context, helping launch CidaCo’s Developing Cultural Resilience programme in Birmingham and London with two keynotes and a thousand conversations, continuing to be Critical Friend to Bait, the CPP for South East Northumberland, evaluating Northern Stage’s NORTH programme (progenitor of the marvellous The Letter Room and Camisado Club) a series of really enjoyable poetry readings in libraries across the North East and Yorkshire for Read Regional. And less sleep than usual.

I’ve also continued to write the odd thing for people who ask nicely, so thought I’d point them out here. Middlesbrough Reading Campaign, a Literacy Trust campaign, made the writing connection when I was appointed at mima, and I wrote this blog welcoming their work. I first came to Middlesbrough to be a Literature Development Worker, so was pleased to do it.

More substantially, Native, the journal of the Digital R&D Fund has just published an article they commissioned on the subject of Failure: The F Word. I spoke to some people who are really successful at failure, and read and thought a lot more about it than I had before. I found that it can be as much a fetish as a taboo, and conclude – in the piece you should read on Native’s own site, if not in the handsome hard copy journal, hence my not reproducing it here – that ‘We need to be less romantic and more measured, so that we can take failure seriously.’ We need to focus on the C word as well as the F word. (Change.)

Anyway, there are some interesting perspectives from Digital R&D Fund projects and funders alike. One interesting thing I learnt was that research shows we may learn more from success – but only if we concentrate on what didn’t work well within that success.

(The piece had a good review on Twitter from Chris Unitt: ‘Good lord, a piece about failure that doesn’t insult your intelligence. A rare thing indeed.’ That’ll do me.)