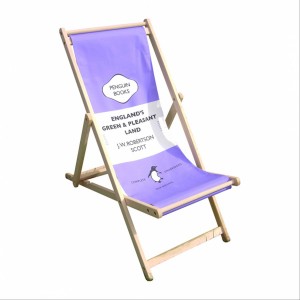 It was cheering to hear Dame Liz Forgan’s forthright tones on Front Row on Wednesday, and to read her farewell speech, widely reported as ‘lambasting’ Michael Gove for leaving arts subjects out of the EBacc. When I say farewell speech, I do of course mean ‘thought leadership peice’, DCMS apparently refusing permission to spend money on a leaving ‘do’. Suggestions it was moved to the British Museum from Fuller’s Brewery Museum to spare the Comms team’s blushes are apparently untrue. (Seriously, we know some people will slag ACE off whatever, but no need for such own goals. Imagery, people, imagery!)

It was good to hear someone from Arts Council England being publically forthright about the government’s failings, just a shame she was only able to do it so clearly and strongly because she was leaving. I have no doubt she gave Mr Hunt a few earfuls in private, albeit politely, but it’s curious how (probably falsely) reassuring it was to hear it done in public.

It is an interesting speech, and a fitting and characteristic way for Dame Liz to leave. It is most powerful targeting Gove as someone who has a huge influence, leading one of the potentially most damaging of recent policy shifts. (There being some competition of course, from cuts to arts funding, local government funding settlements, local business rate retention, the ‘war on welfare’, increasingly hard lines being taken towards people on benefits, including artists and performers, et sadly al.) She rightly identifies Gove as a cultured man, which many of his detractors don’t.

What she doesn’t do, in my opinion, is properly reflect the strength and quality of the work done by teachers, artists and writers of all sorts, arts organisations and museums – and indeed the Arts Council – in arts education over many years. (That ‘state system’ reference being particularly annoying to my ears.) I think there must be a Swear Box in Arts Council England for anyone who mentions Creative Partnerships: this massive project, the subject of international attention, in many of our most deprived communities, seems to have been struck from the record. It wasn’t perfect, nothing is (except thee and me, of course) but it took practice in many schools far beyond the ‘sporadic’ and ‘luck of the draw’ of Liz Forgan’s stereotype, as did the work of many other local and regional agencies. It also took it beyond Arts with a capital A, as in her lecture’s title, which may be part of the issue.

There are other things I would heartily agree with in the speech: the need to keep the government of the day away from artists, whilst recognizing that they are the elected leadership and thus should set the overall tone and direction of policy (and put in place chairs they want); the value for money of public investment in culture, the general case for the arts.

But there is also a rather top-down tone that illustrates the common root of the words patrician and patron, and quite a few things I would take issue with. To stick with schools first: the idea that schools should communicate the culture ‘of these islands’ may be part of tactical flattery of Michael Gove, but is open to (at least) two critiques. Firstly, that transmission of culture is much more debatable and disputed than it sounds. It’s equally a cliché, perhaps, but whose songs, stories and myths are transmitted down this line and by whom? And who is now more ‘tolerant’ of what in the more ‘eclectic’ aesthetic standards referred to? (Is it wrong of me to hate that word ‘tolerant’? It just makes me think of prejudice that’s too polite to show itself.)

Secondly, is this transmission through school subjects how most young people actually create or connect to their cultural lives anyway? Don’t we learn as much if not more in terms of the arts from our friends than our teachers, from our whole experiences as well as our courses? Don’t many people resist the canon being handed to us? It wasn’t the provided ‘live experience’, supposedly irreplaceable, that first switched me on, it was books, records, films. (Sometimes the rhetoric suggests art in the age of reproduction, which digital takes to new levels, was just a passing thought.) Maybe that was just me, then – but I doubt it.

Obviously that’s not universal, but neither is the ‘eyes opened by a concert or a play’ model. This way of talking about our arts experiences as if they are universal may be part of the problem. For many people, the best thing school can do is give them the space and skills to find, make, borrow, steal or reject their own culture, making their own cultural histories and canons, be they broken, disputed or somehow ever-progressing since the Medicis. Of course, that is not an argument for leaving arts subjects out of the EBacc, but for their proper integration into a properly holistic education.

The other area which I found interesting in a ‘I want to argue with that’ kind of way, was the depiction of Arts Council as essentially the same kind of patron, with similar kinds of impulses, as other historical figures, albeit state funded and for public good. Untangling the historical DNA of the Arts Council is too complicated for right now, which means I should forgive a rather unproblematised view of how public funding has worked. This not important in and of itself, except when in the mood for a Mrs Merton style heated debate… except that right now this stuff matters.

The reductions in funds for culture are not reductions in funds for culture alone: they are part of, to use the words Forgan uses to describe Gove’s reforms, ‘a grand plan carefully thought-out and with a clear strategic purpose’. That purpose being to demolish the idea of the public collective, the social, and replace it with winner takes all marketization of everything the post-war settlement thought it had, well, settled. It’s no use arguing the arts should be ‘embedded like the NHS and education’ as Jude Kelly did recently: they are having their roots torn up too.

About the only thing I think Nick Forbes is right about in Newcastle is that you cannot look at cuts to culture in isolation. But increasingly, the sector and the Arts Council runs the risk of doing just that, is perhaps increasingly structurally obliged to. If ever we needed a focus on public value from public investment, in the most rounded sense possible of those terms, rather than state patronage, it is now.

This is where weaknesses in governance and leadership in the sector – the lack of real political clout, the lack of a vision that connects of great arts to a potentially great society – matter. There is a growing vacuum, in that cold no-man’s land where cultural policy, cultural politics and cultural practice meet. So whilst I welcome her main points, and wish Liz Forgan well in her next roles, simply putting Michael Gove’s or Liz Forgan’s idea of culture (let alone mine) into the EBacc is not enough.